Sought after seaside properties in Saanich

Not seeing what you're looking for? Tell us what's on your wishlist:

For 8,000 years, Cadboro Bay was one of the villages of the Songhees Nation before moving to Victoria’s Inner Harbour. It was later renamed after the Hudson’s Bay Company’s European Vessel “Cadboro”, was the first of its kind to enter the Bay.

Ten Mile Point is the most easterly point on Vancouver Island and you will be hard pressed not to find the ocean if you walk in any direction for more than 10 minutes. It has many secret coves and beaches, one of which was infamous during prohibition. It was so infamous that the local pub is fittingly named after it (Smuggler’s Cove).

The Eastern-most tip of the island has the best and most expansive sandy beach in the city. It is a quiet and private place to be, yet still just 15 minutes from downtown Victoria.

Many of Caddy Bay and Ten Mile Point’s residents have lived and been a part of the community for decades. This stewardship means friendly neighbours and plenty of familiar faces.

Except on rare occasions, you could choose to never to set foot outside of Cadboro Bay Village. It has everything you need from groceries, to a good pint, to homewares, and everything in between. 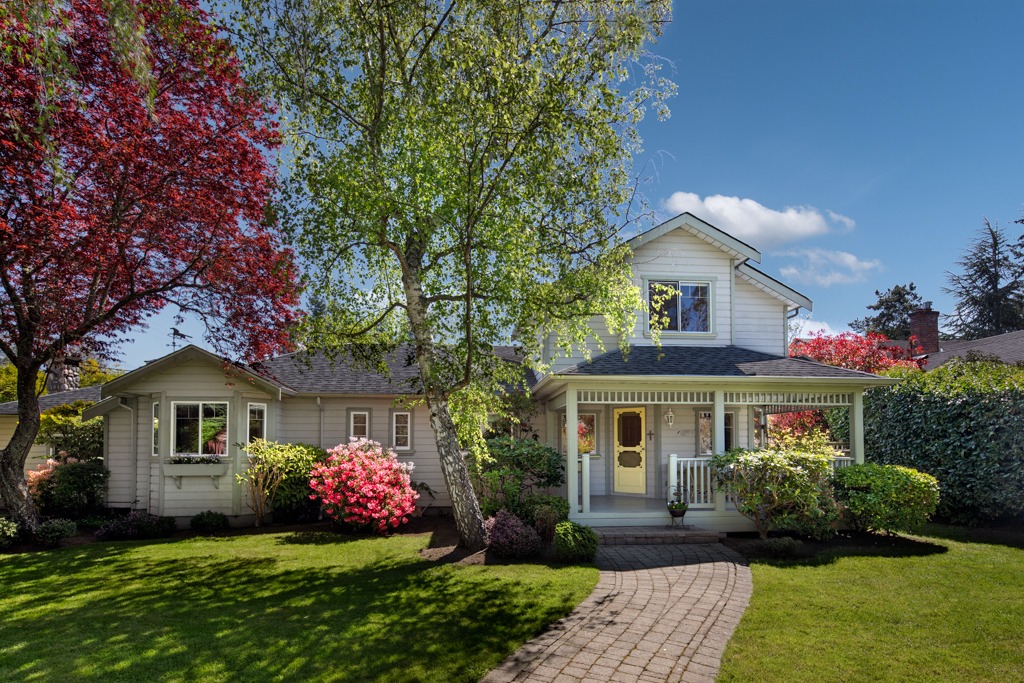 I have a soft spot for the area, I grew up in the neighbourhood. But it is an amazing blend of indoor and outdoor living and community that you have to experience to understand.

These two neighbourhoods are not generally as active as others in Victoria’s core. A scarcity of active listings usually creates pressure on demand for homes in the area.

In the summer of 2020, a tremendous influx of buyer activity meant upward pressure on prices when inventory was failing to keep up. That climate of limited inventory and exceptional demand is even more representative of the story in 2021. Our inventory levels bottomed out at the end of July with only 1270 active listings on the Victoria Real Estate Board. The volume of sales has dropped partly because of this lack of supply but prices remain sky-high. Cadboro Bay’s average sale price in single family detached homes is $1,845,354 in 2021. The same metric for Ten Mile Point is $2,374,494. The luxury market is influencing both of these numbers as sales above $2,000,000 in 2021 have already eclipsed totals for 2020.

For property valuations, market insights, or assistance searching for your next property:

For property evaluations, market trends, and other insights.