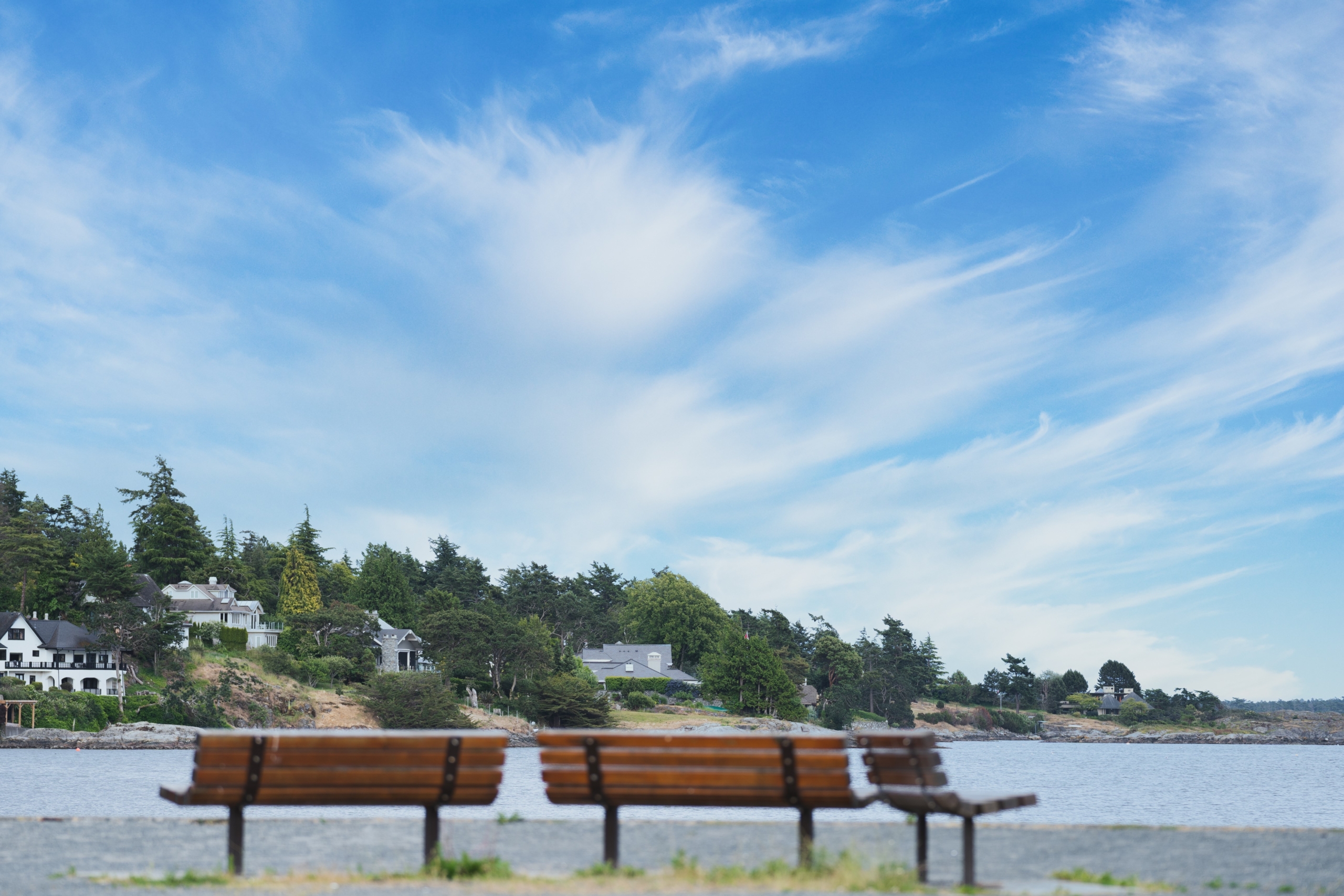 For 8,000 years, Cadboro Bay was one of the villages of the Songhees Nation before moving to Victoria’s Inner Harbour. It was later renamed after the Hudson’s Bay Company’s European Vessel “Cadboro”, was the first of its kind to enter the Bay.

Ten Mile Point is the most easterly point on Vancouver Island and you will be hard pressed not to find the ocean if you walk in any direction for more than 10 minutes. It has many secret coves and beaches, one of which was infamous during prohibition. It was so infamous that the local pub is fittingly named after it (Smuggler’s Cove).

The Eastern-most tip of the island has the best and most expansive sandy beach in the city. It is a quiet and private place to be, yet still just 15 minutes from downtown Victoria.

Many of Caddy Bay and Ten Mile Point’s residents have lived and been a part of the community for decades. This stewardship means friendly neighbours and plenty of familiar faces.

Except on rare occasions, you could choose to never to set foot outside of Cadboro Bay Village. It has everything you need from groceries, to a good pint, to homewares, and everything in between.

The welcoming community and access to some of Saanich’s most spectacular natural settings make Cadboro Bay and Ten Mile Point one of the best communities for all types of family configurations and outdoor enthusiasts. Alex has a soft spot for Cadboro Bay as he grew up in the neighbourhood.

Through the course of the COVID-19 Pandemic, prices in Cadboro Bay and Ten Mile point escalated. Healthy demand and dwindling inventory put an immense amount of pressure on prices but these two neighbourhoods did lag behind the benchmark increase in Saanich East in the last 3 years (52%). I attribute this mainly to higher rates of change in more entry level neighbourhoods. From 3 years ago the Benchmark Price of a detached home in Cadboro Bay is up 43.6%. The Benchmark Price of a detached home on Ten Mile Point is up 49.5% over the same period. There were 9 waterfront sales on Ten Mile Point in 2020 but just 4 in 2021.

Not seeing what you’re looking for? Tell us what’s on your wishlist.